Nothing is worse than coming out to your vehicle after a fresh rain and sitting your butt in a cold wet seat or going through a car wash and panicking as water pours in from overhead!

"Whatever you do, if you’ve just had glass work done or not, if the vehicle is leaking, take it in as soon as possible and allow the shop to narrow down the cause. A leaking windshield or sunroof is an easy fix, and acting early can mitigate problems down the road"

Moisture in a vehicle can cause plenty of headaches and costly repairs. These can range from minor annoyances like fogging glass in the shoulder season, to full blown electrical failure of important vehicle components and if not corrected quickly enough, mold and mildew in headliners, seats, and carpets. If you haven’t sat in a car with mildew in it, it’s a lot like unpacking a tent that was put away wet the previous season. It stinks. Bad.

If you’ve just had your windshield replaced, the cause would seem obvious. Of course, The windshield must have not been installed properly, right? 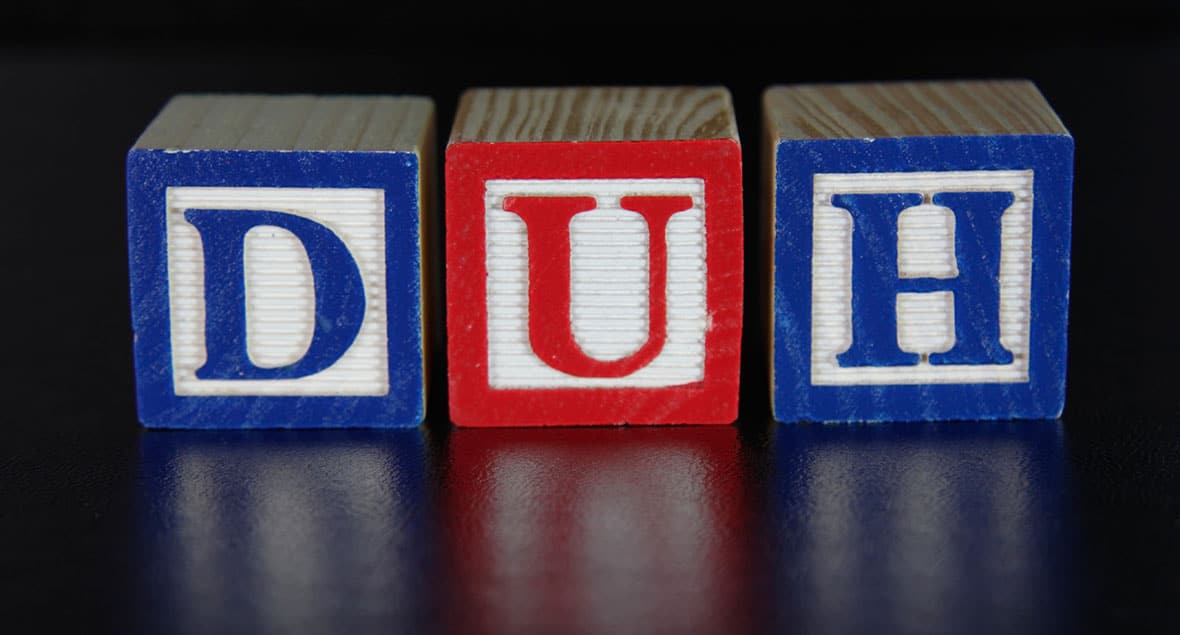 Truthfully, we do install windshields that leak from time to time, either from rust that was not treated properly, adhesive that was left with a pinhole gap or simple mistakes from the technician. People aren’t perfect of course, mistakes do happen.

However, it might surprise you to learn that just over half of the customers that come back with claims of a leaking windshield are victims of coincidence. Many times, we don’t look at our vehicles as closely before a repair as we do after it, and rather than the windshield replacement causing the leak, it instead causes us to take notice of a pre-existing one.

Whatever you do, if you’ve just had glass work done or not, if the vehicle is leaking, take it in as soon as possible and allow the shop to narrow down the cause. A leaking windshield or sunroof is an easy fix, and acting early can mitigate problems down the road.

When you bring your vehicle to GlassMasters, while we warranty our workmanship for life, which covers all windshield leaks. we won’t just test the windshield. If the windshield is tested and nothing is found, we won’t just send you on your way. We will try to find the source of the leak as best we can and at least point you in the right direction.

There are many causes of leaks outside of the glass, including Rusted pinch welds in the roof, separation of body seams along panel lines, and you guessed it, Sunroofs and Moonroofs 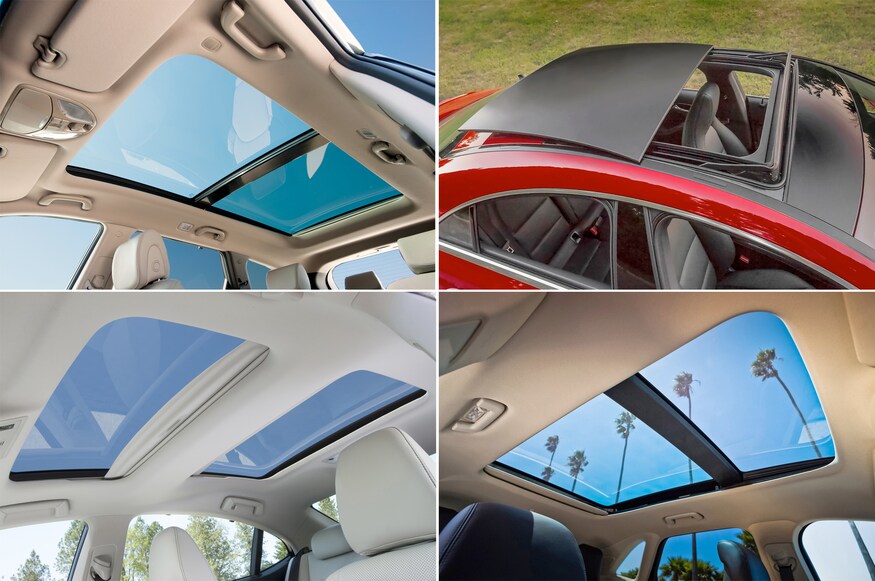 Many customers assume that their sunroof is a sealed unit, but this is never the case. The sunroof rests in a sunroof “cassette” which is an enclosed unit which holds the tracking and mounting for the sunroof, as well as a thin drain tray which runs the perimeter of where the glass meets the roof when the sunroof is closed. See below: 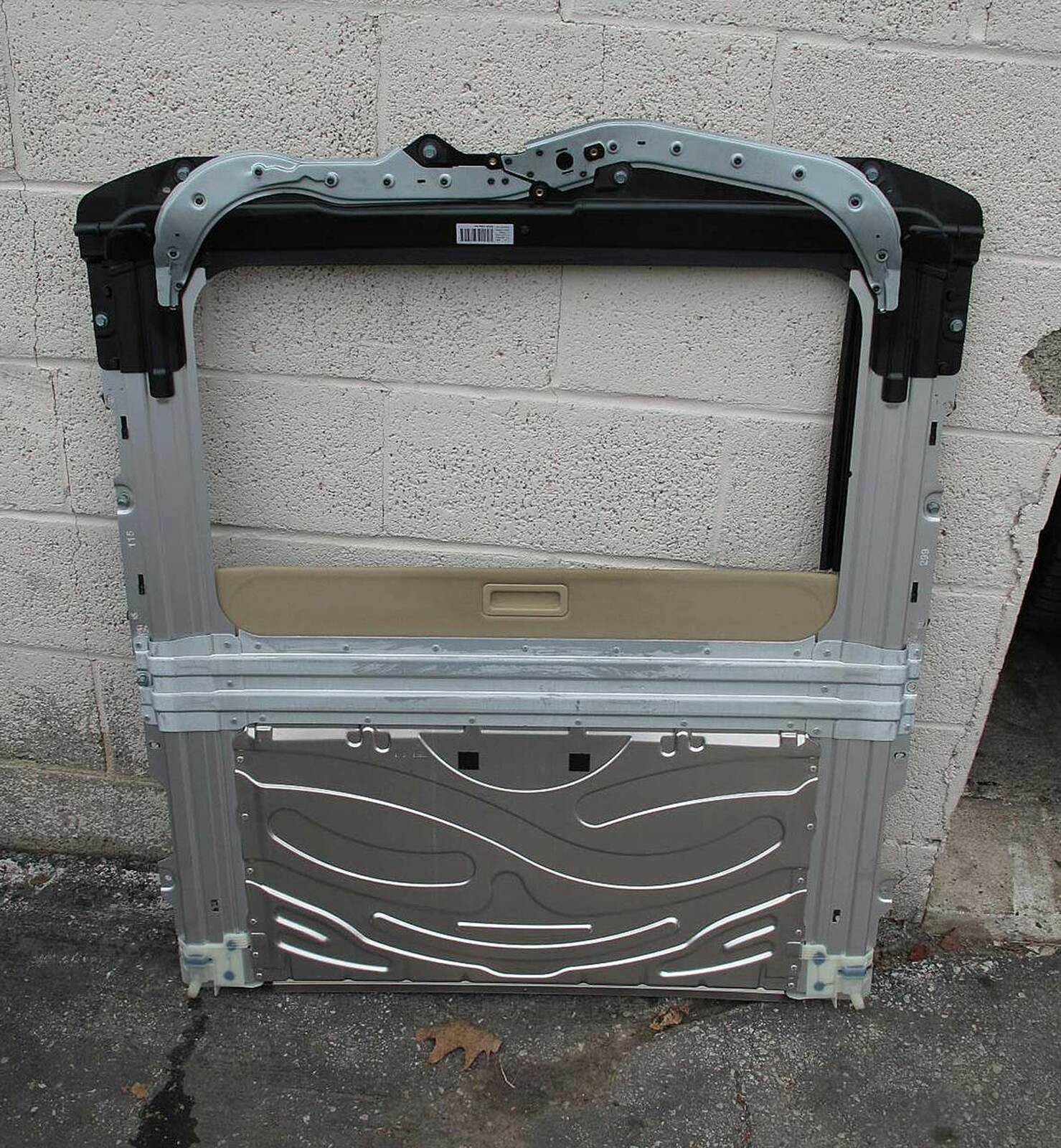 This drain tray has two drain holes, which connect to tubes that run along the headliner, on the interior of the vehicle. These tubes are run to the wheel wells, where they exit the vehicle and drain onto the ground below. At ¼ inch to a ½ inch diameter, these drain holes as well as the tubes connecting them can become easily clogged with leaves, pine needles, concrete dust and other foreign material. Once I detached a drain tube to find a mud wasp had built his papery home inside! 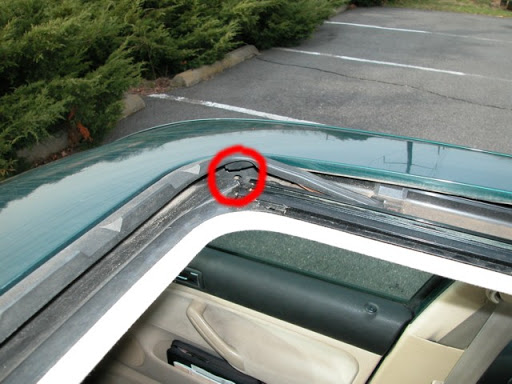 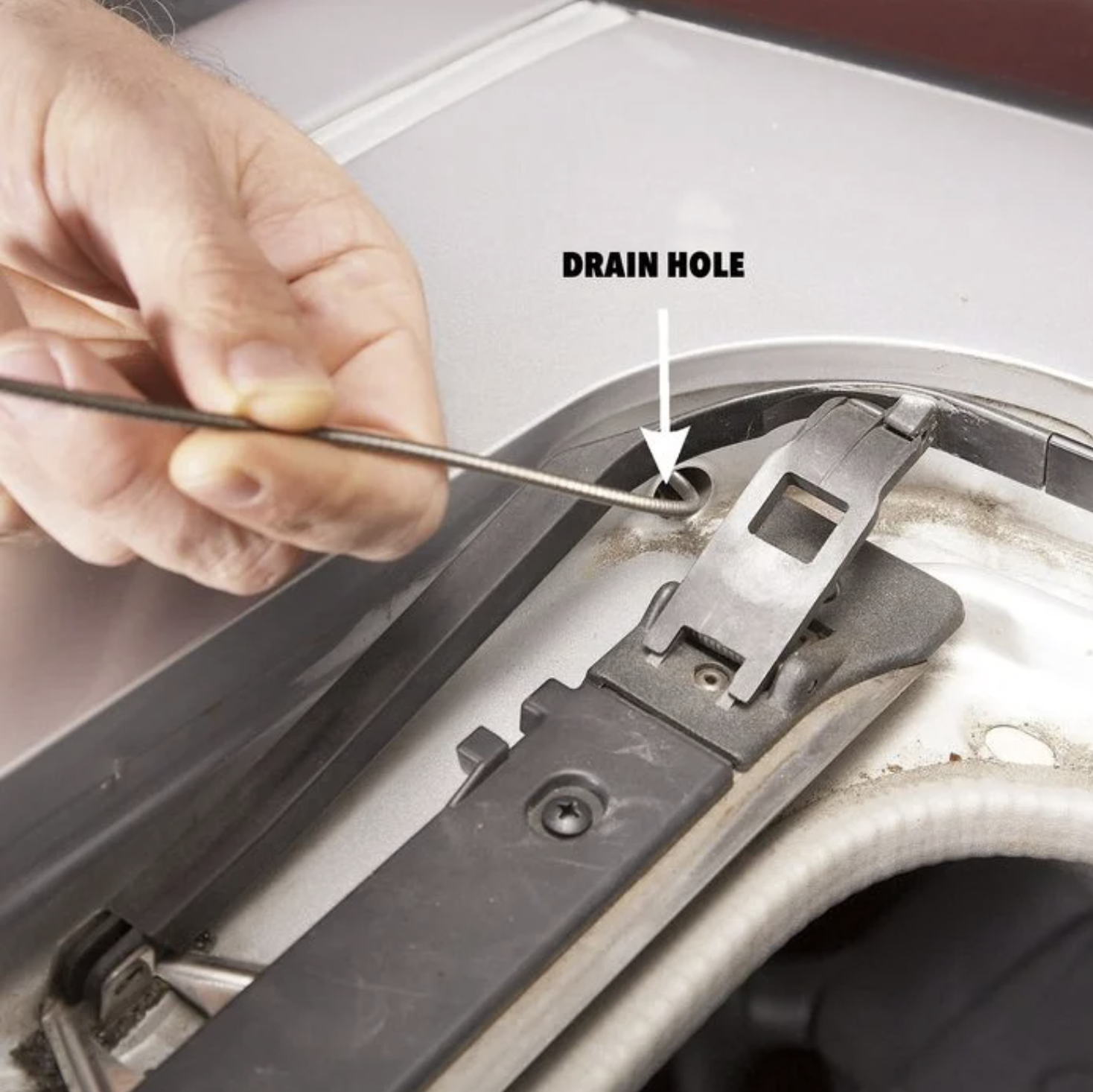 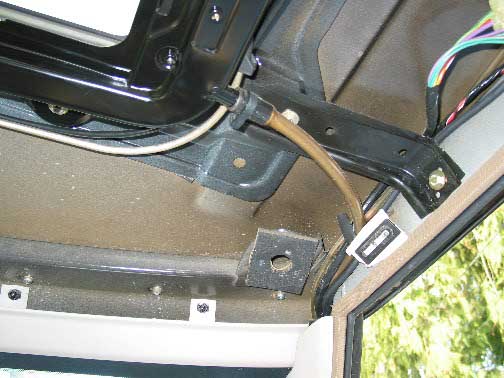 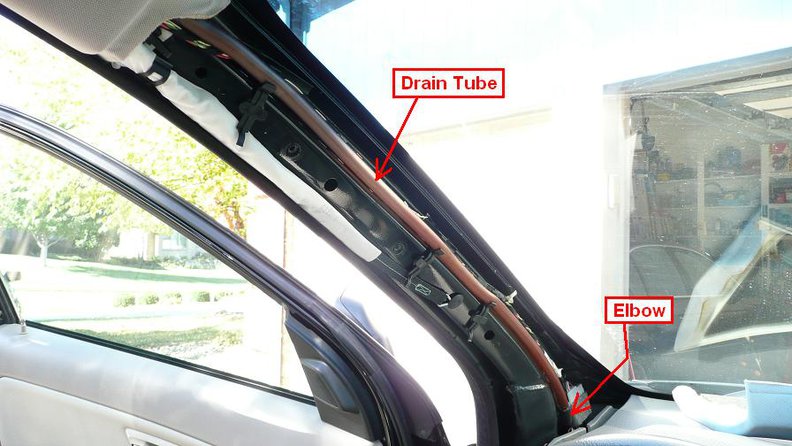 Often these styles of leaks start slowly, as the drains are still working, but heavy rain or a car wash can cause the drain tray to overflow. Sometimes just parking on a slight slope can cause the pooled water to spill over all at once. If functioning properly, the drains can move water so quickly that it doesn’t have a chance to build up sufficiently for this to happen.  A very heavy or consistent rain can cause a full-blown waterfall onto your dash and around the vehicle.

These leaks can be deceptive, as telling them apart from a windshield leak can be difficult to the untrained eye. If a windshield is leaking, there will usually be water running down the glass itself. Though this isn’t always the case either. They only way to know for sure is to test. 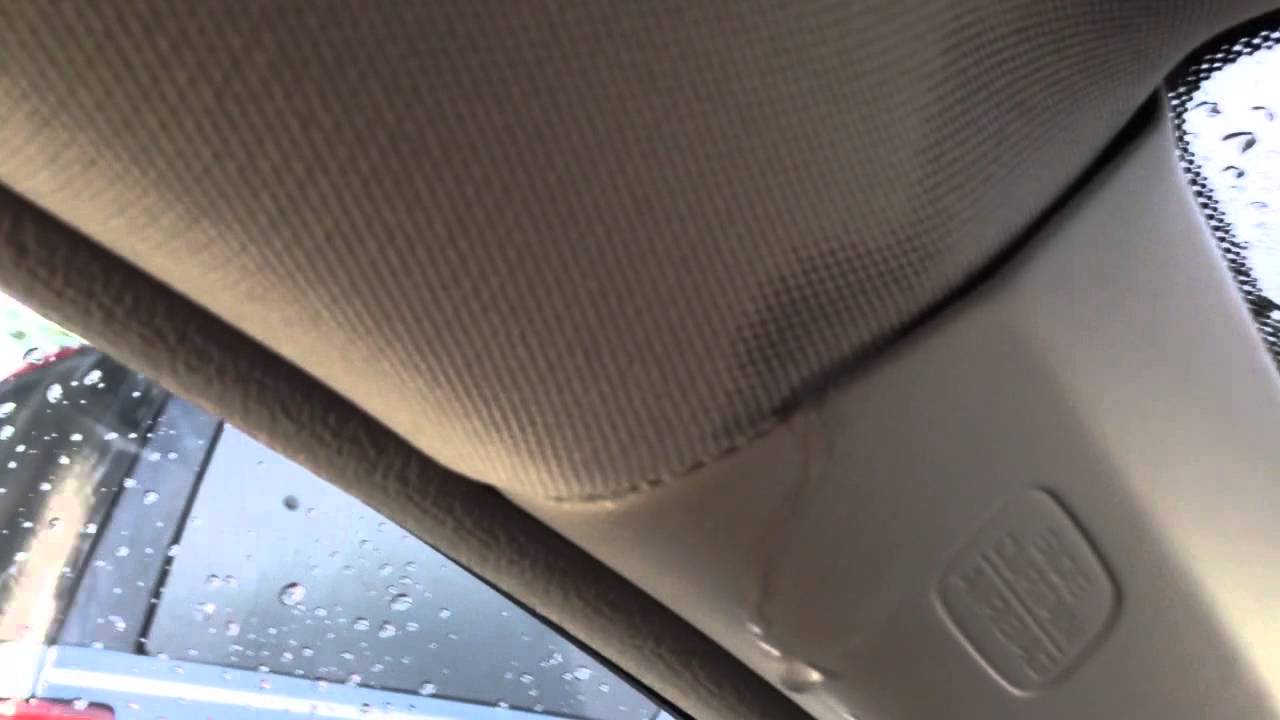 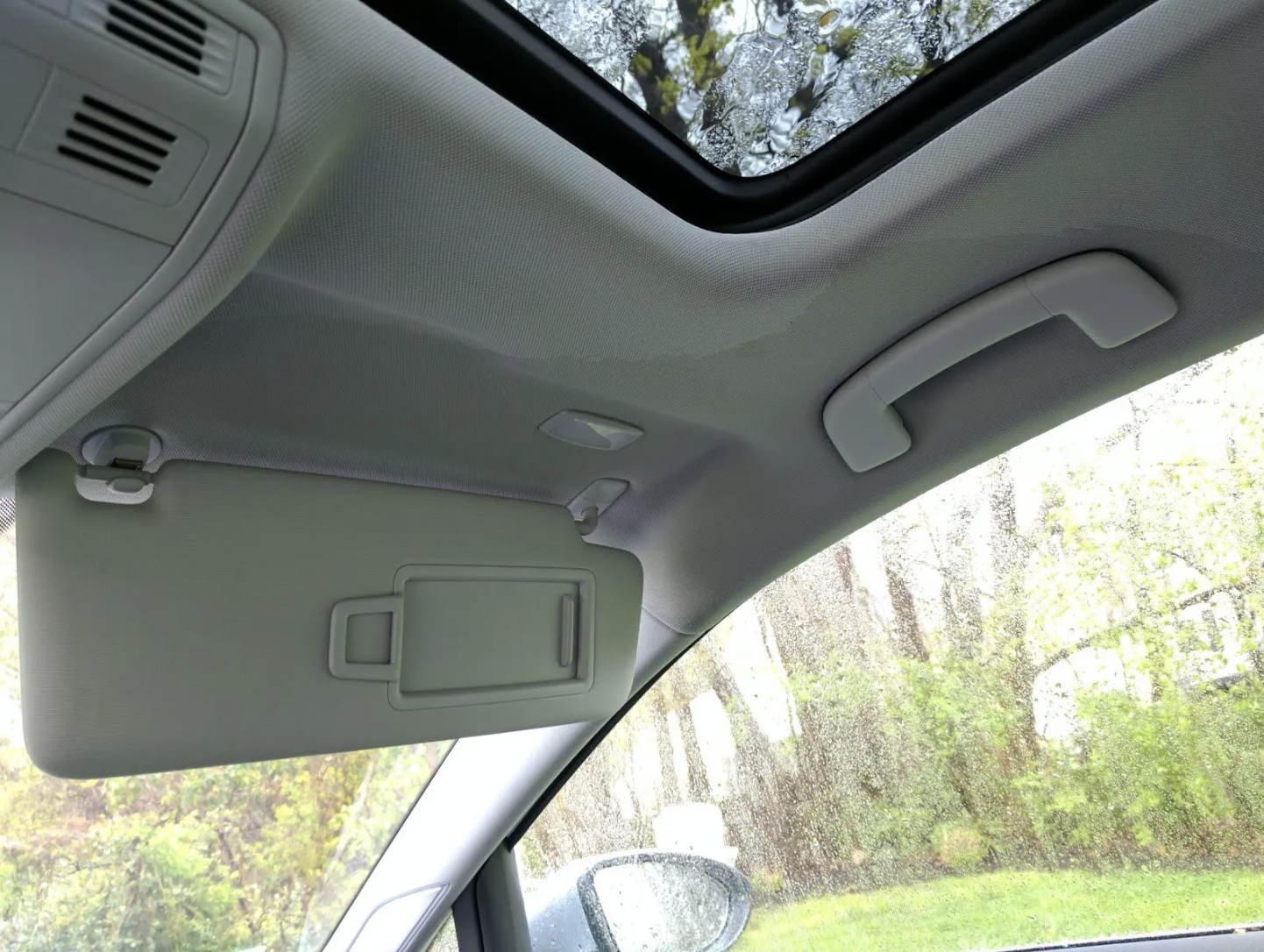 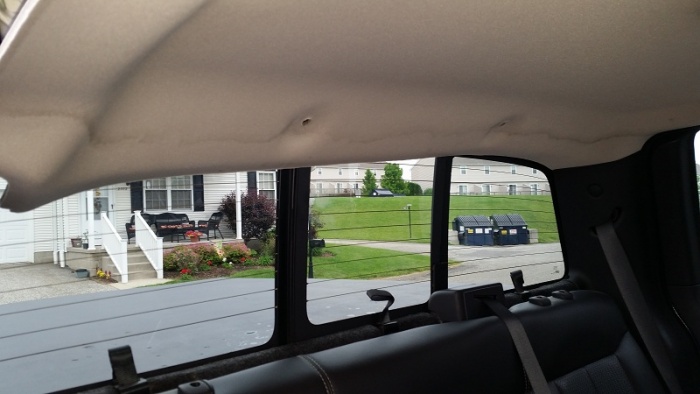 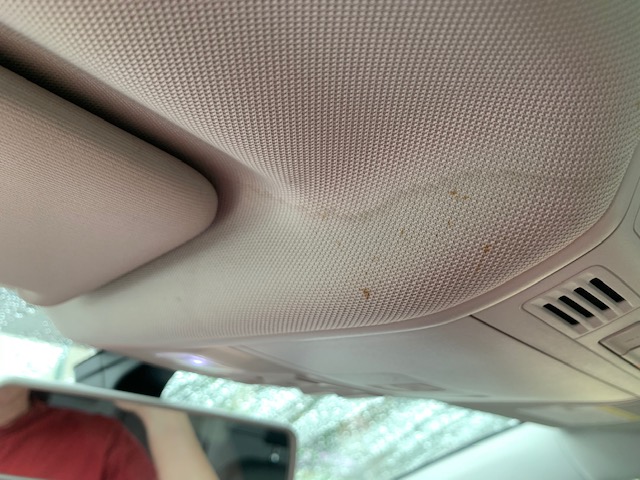 Trick question. They are all from Sunroofs!

So your sunroof is leaking, how do we fix it?

First, we test the sunroof by opening it and pouring water straight into the drain tray. This allows us to find out how fast it is draining water. 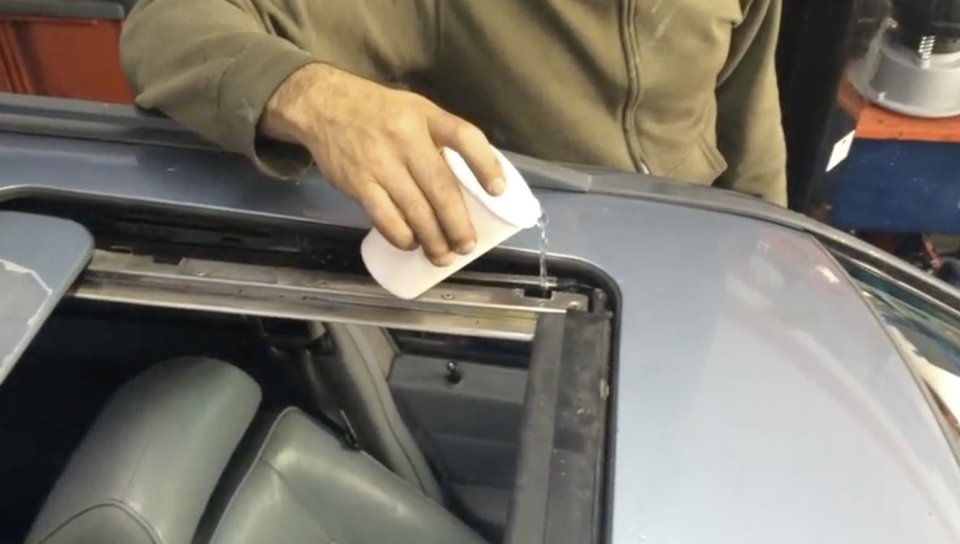 If the water starts to pool, we clear the openings and then give a quick shot of compressed air. This is usually enough, and will clear the blockage, and then we make sure to give the drains a good rinse. We’ll hand you back your keys, usually free of charge and point out to take more care of keeping your sunroof drains clean. It’s a great extra step to add to your routine when cleaning or washing your car, especially before winter. 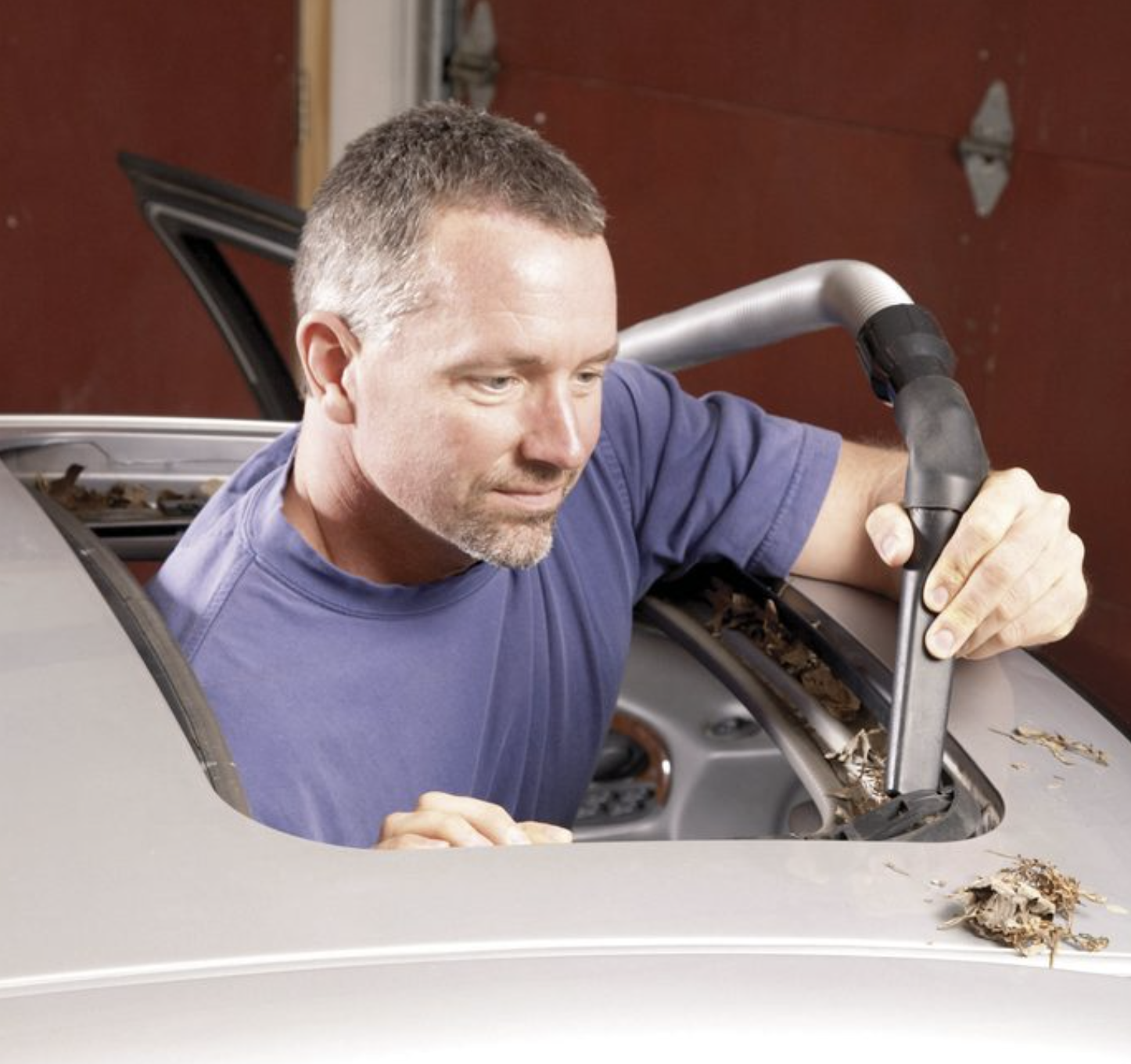 If the water drains from the tray, but comes out on the floor of the vehicle, it’s possible that the one of the drain tubes connections has either come disconnected or is leaking. These repairs may be more expensive, as multiple components and even the dash might have to be removed to gain access. The shop you are at might direct you to a dealer or autobody shop for these repairs, as they may be more suited to complete the work – especially if airbags are involved.

We fixed one of these that had come from factory without the drain tube installed! It had been leaking from factory for two years, and because of the all-black interior, the owner didn’t notice until the windows started fogging and the vehicle developed a funny smell. Lifting the carpet revealed a rusted floor and moldy underlay.

If the vehicle has a rusted pinch weld, or separating body seams, we might be able to patch it temporarily, but ultimately the vehicle will need an expensive repair at a body shop. Often these problems only happen with vehicles of advanced age, and therefore the cost of the repair might quickly outweigh the resale value of the vehicle. 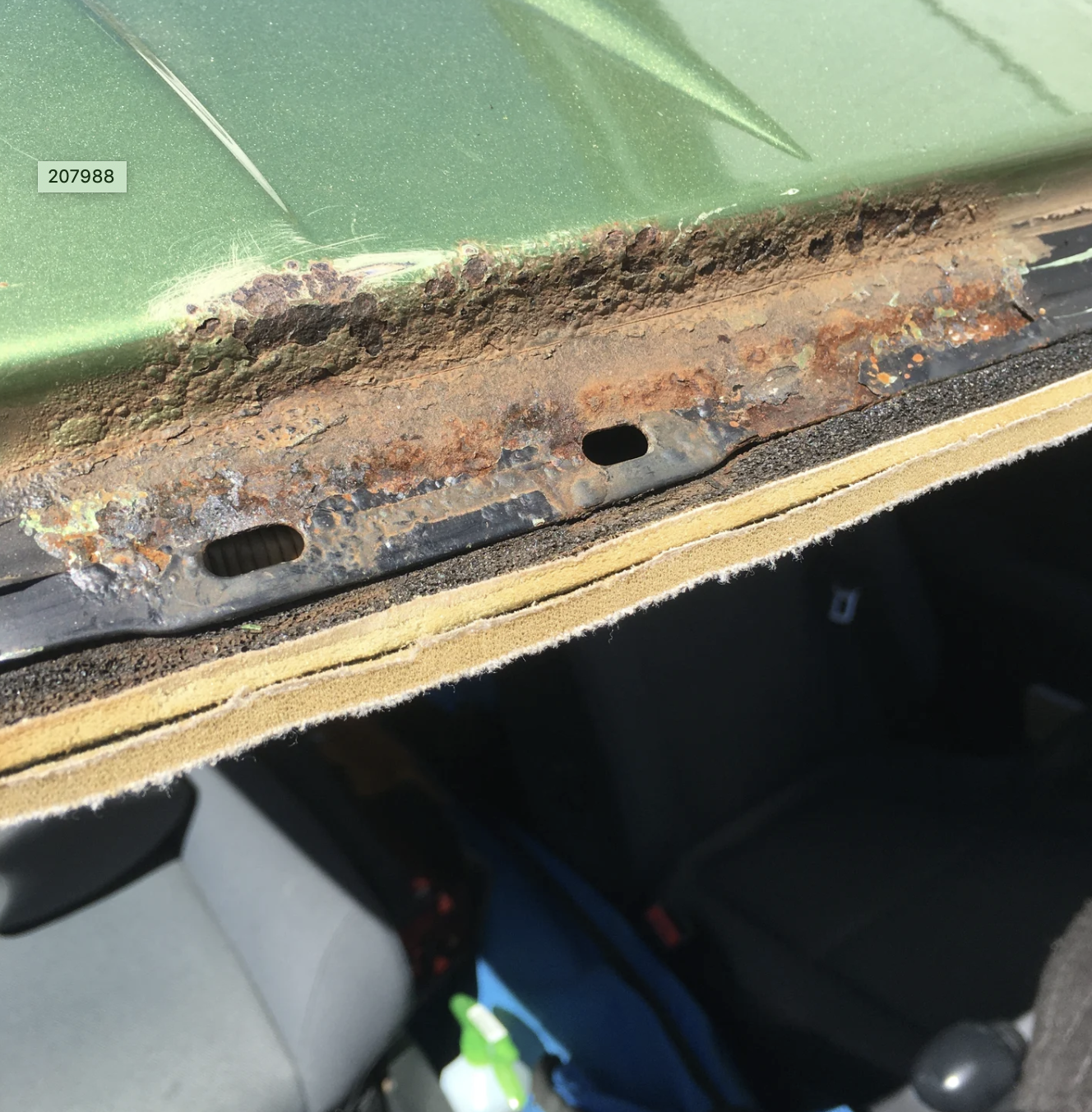 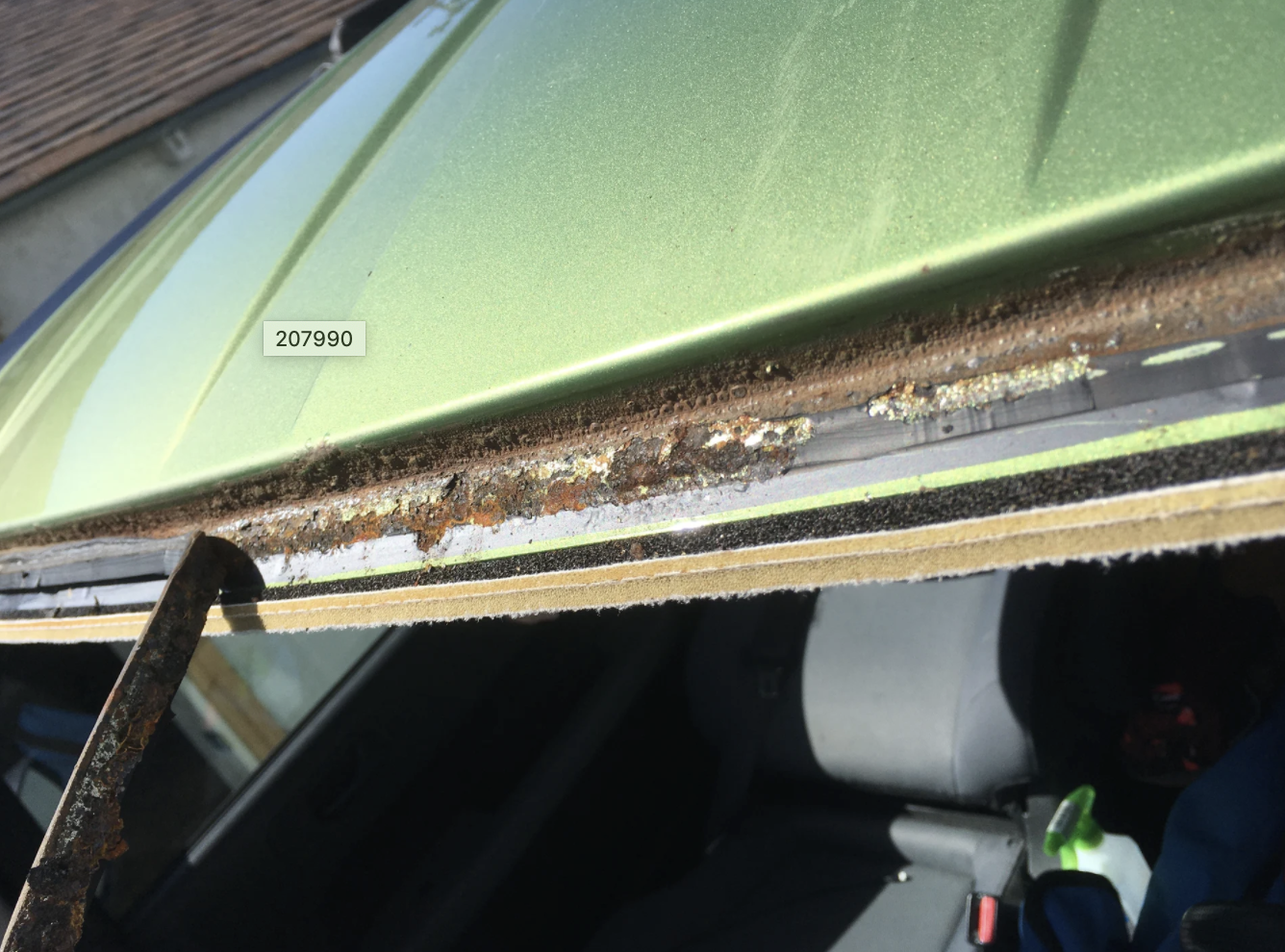 In this case, we can usually grind the surface rust off, and if the pinch weld looks acceptable, consult with the customer, and usually re-install the windshield, however we will always note it on the paperwork and inform the customer that any warranty for leaks in this area will be waived.